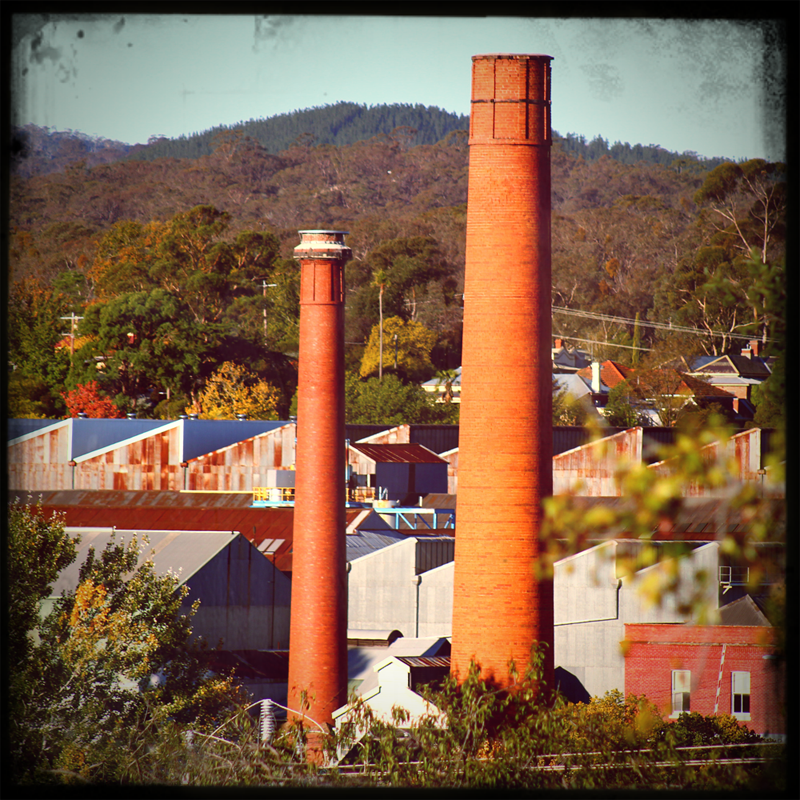 Power to the Mills

Power the The Mills

Tour the Mill Castlemaine as part of the  2017. See our full program here.>

Mills. They seem to hold a certain fascination for us that makes us want to preserve them. Repurpose them.
Hold on to their integrity.

Maybe it’s the sense that they were so important to our communities. We should keep them as a reminder of past industriousness and manufacturing that is fast disappearing from our lives. Or maybe it’s just the fact that ‘they don’t make them like they used to’. The buildings are often beautiful and intriguing, with towering chimneys or wind sails. A far cry from today’s concrete factories.

On a recent trip to Tasmania I visited the Callington Mill in Oatlands.  It is once more a working Georgian windmill built in 1837 after its restoration to its former glory was completed in 2010 and its sails turned once more. The mill is the only working example of its type in the southern hemisphere and produces quality stone milled flours.

By contrast, Andersons Mill 1861 in Smeaton Central Victoria, quietly stands as a reminder of an industry that flourished after the gold rush of the 1850s. It has an incredible 25 tonne iron water wheel that was once fed by Birch Creek and its five storey bluestone building stands much like it was over 100 years ago. Currently managed by Parks Victoria, sadly, it is only really used once a year for the annual music festival and awaits restoration. However, apparently they have restored the wheel to a working condition and you can see it on May 13-14 2017 as past of the Australian Heritage Festival.  A trip to Abbotsford in Melbourne brought me to the Denton Hat Mill.  The Denton Hat Mills have long been a local landmark in Abbotsford. An imposing three-storeyed late Victorian factory with its chimney stack dominating Nicholson Street. The hat factory is of state and national significance as one of the largest and Australia’s first steam-powered hat factory. It remained a hat factory until 1971. It has been made into inner city apartments, but also houses a seriously good cafe. A visit shows a little snippet of factory life preserved on the wall. Drawn in pencil are some workers tips for the Melbourne cup, including the winner. Phar lap!

The narrative of job losses and the decline of the manufacturing industry looms large in Castlemaine and Geelong. While major employers such as Ford and Alcoa close their doors in Geelong, Victoria carpets in Castlemaine close, and Thompson’s former 1875 foundry now Flowserve fights to survive, emerging creative industries are popping up and major cultural projects preserve and reinvent our history. The Federal Woollen Mills in Geelong is now home to a vintage market and business hub and our own Mill Castlemaine has fast become a major food, artisan and vintage hub of Central Victoria. Both sites are bringing workers back in numbers equal to their heydays.

A culture led economic regeneration, preserving our built history and our communities with vision and integrity.

Power to the Mills!

We acknowledge the traditional owners of this land, the Dja Dja Wurrung, and recognise their continuing connection to land, waters and culture. We pay our respects to their Elders past, present and emerging.

e: Send us an enquiry