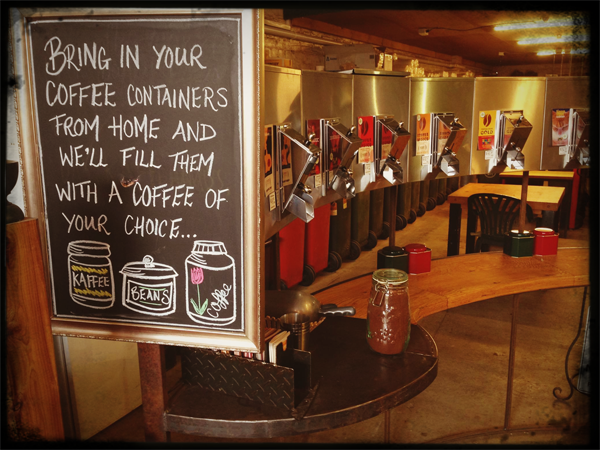 Get your Coffee Here!

Get your Coffee Here!

Opening in July 2015, Coffee Basic’s Das Kaffeehaus was the first enterprise to open in the former Castlemaine Woollen Mill. It is a contemporary Viennese coffee house in a former industrial assembly floor.

The owners, Elna Schaerf-Trauner and Edmund Schaerf had a vision for a contemporary interpretation of a traditional Viennese coffee house, which was realised by set and stage designer Ulrike von Radichevich, builder Warren Hughes and mason and plasterer Steve Mathias.

On Thursday 26 May 2016, congratulations were in order as Das Kafeehaus Rösterei took out the Mount Alexander heritage award 2016 for the adaptation and conservation of historic commercial spaces.

The judges said “this project shows the benefits of highly engaged owners with an innovative designer prepared to commit to retaining the integrity of the heritage space, as demonstrated in the reuse of the chimney flue and stack as an integral part of the coffee roasting process. This clever and innovative approach to adaptation will serve as a model for ongoing redevelopment of the Mill site and other redundant sites across the shire.”

The space has been retained in its original footprint with exposed 19th century wooden trusses and windows, original concrete  floor and the original masonry chimney. The integrity of the original space, its height, industrial character and openness, has been retained with the office/staff  areas inserted as a  floating ‘overseers’ box inside the boiler room. Original pipework and ducting has been retained and the original  flue to the chimney has been reused for the coffee roasting process. The current use for coffee roasting and storage reflects the original uses, and the Edmund and Elna have gone to great pains to retain original elements such as doors, windows, evidence of former spaces and paintwork. Except for the addition of a small, glass merchandise area next to the chimney, the space still reads as a sensitively adapted former factory boiler room.

Elna and Ulri nut out the design

Welding up the roasting platform.

The roasters move in

Embraced by locals and tourists alike, the Roastery and Das Kaffeehaus continue to innovate with their rainforest alliance fairtrade, carbon offsetting, bring your own container program and creative Viennese ‘Kaffeekultur.’

We acknowledge the traditional owners of this land, the Dja Dja Wurrung, and recognise their continuing connection to land, waters and culture. We pay our respects to their Elders past, present and emerging.

e: Send us an enquiry